Strata by-laws and why we need to get them right

Community living across Australia is changing. Each state is either in the throes of largescale public consultation or passing legislation to enhance the industry. According to Kemps Petersons Legal principal solicitor, Kavita Prasad, while the regulatory changes are good, there is one key step being overlooked. The need for all stakeholders to understand strata by-laws and get them right.

According to Kavita and the team at Kemps Petersons Legal (KPL), strata by-laws and building rules are the most fundamental and basic element of community living that people so often get wrong.
. 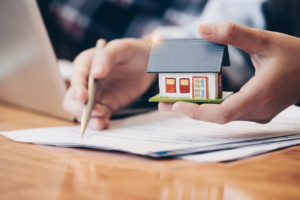 According to KPL, by-laws are something most people don’t fully understand.

.
“Often owners will buy into a strata property, but never read their strata by-laws nor have them explained. This means you have a mass of owners who don’t understand their rights and obligations and what they can and can’t do when it comes to common property and sharing a vicinity. This is when you get disputes, legal battles, and you see a breakdown in harmonious community living” said Kavita.

For Kavita and the KPL team, there is a growing need for strata managers to stress the importance of strata by-laws. “It’s not just about making sure that owners understand their by-laws. Managers must also make owners and committees aware of the significance and impact of having well-worded, legislatively accurate, enforceable by-laws and rules.
.

“Disputes come in when owners feel that the by-law is too restrictive and is having an impact on their rights or the enjoyment of their space. This is when we see a situation go to the respective state tribunals, and this is often because the by-law is poorly worded or isn’t enforceable. A sure-fire way to prevent this from happening is by having affordable specialists, like KPL, draft, consolidate, and register by-laws and rules.
.

“For example, we had a case recently where a committee wanted to ban all dryers within the shared laundry facilities — saying no dryers whatsoever. We were able to provide them with advice that said this kind of by-law borders on being restrictive and could go to the tribunal and be contested as a legal matter. Instead, let’s put by-laws in place that allow dryers but mitigates risk. We drafted by-laws around managing fire risks such as making sure the area had adequate ventilation, fire hazard signs, extinguishers, and so on.

“Having a legal professional draft, consolidate, and register a by-law isn’t about one party power-trumping the other. It’s about giving property-specific advice that accounts for the needs of the property and those living within it,” said Kavita.

Kavita points out that strata managers need to educate owners and committees about the critical three-step process to having accurate by-laws and building rules. Kavita explains the process includes:

1. Professional drafting
Having by-laws drafted by a professional means owners and the committee can be assured their by-laws are accurate, enforceable, and will reduce risk for their property rather than leaving them susceptible to disputes. “At KPL, we also focus on making sure the by-laws we draft aren’t laden with legal jargon. This means everyday people can understand them, and it doesn’t leave people trying to interpret complex language,” said Kavita.

2. Accurately consolidating by-laws
Any changes, repeals, or amendments to the property’s by-laws or rules must be consolidated in a way that follows an appropriate layout and style. This is often most successfully done by the legal professional who drafted the by-laws. This includes:
• Deleting all previously repealed by-laws.
• Including any newly or previously added by-laws.
• Including any previously amended by-laws.
• Retaining the numbering assigned to each by-law when it was created.
• Setting out the by-laws in a clear and logical manner.

3. Registering to meet legislative requirements
Registering by-laws with the relevant state body is mandated and must be done within a set time frame. Allowing professionals to do so, means deadlines are met, administrative burdens are minimised, and properties don’t come to a standstill.

Importantly, Kavita also highlights that certain legislative changes across Australia are putting by-laws front and centre. “The movement, from a regulatory perspective, to deal with disruptive technologies like Airbnb and Stayz is starting, and this heavily involves by-laws.

“For example, as of April 2020, strata properties in NSW will now be able to stop short-term letting where it is not the owner’s principal place of residence by adopting a by-law via a special resolution.

“While NSW is the first state to make such a big change, we’re starting to see rumblings in other states too. Victoria in February 2019 introduced new regulations to prevent short-term letting where unruly parties were involved. While Queensland saw a landmark legal decision in November 2019 where courts ruled to uphold a body corporate’s ban on Airbnb. The Queensland case, at this stage, doesn’t mean much for most body corporates, but it highlights the significance of by-laws,” said Kavita.

Be wary of templates and quasi-legal advice

With strata by-laws and building rules playing such an essential role in achieving successful community living and with strata increasing in popularity, Kavita and KPL warn about half-baked help.

“Be wary of templates. It is now common to see managers collate resources made available to them over their career and provide by-law templates for a fee.

“We are trying to get managers and owners to understand that by-laws aren’t cookie-cutter solutions and that this can be risky. By-laws are not one size fits all. Each community, committee, and group of owners are different and have their own needs and specifications. That’s why, even if by-law templates sound similar, the differences in wording can have major impacts.

“The other thing to remember is if your by-law or dispute escalates, get proper legal advice, and if you’re not a fully qualified legal practitioner, don’t provide quasi-legal advice to owners or committees. While it is fine to provide legal information, giving advice deemed as unqualified legal practice is a serious offence that can carry jail time and fines of up to $27,500.

If you’d like to find out more on managing by-laws for your strata property, download our FREE Community Living guide on by-laws and rules. Or for a consultation to review your by-laws by our Kemps Petersons Legal team, click here.